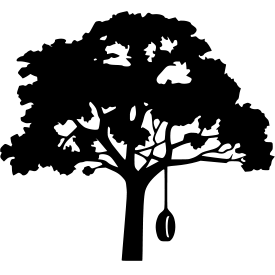 According to The Tennessean, Nashville is ranked 6th among the country’s top cities for real estate investing in 2017. Whether you’re looking to rent it out, flip it or own a property and build equity, there’s no doubt that this is the time to invest! Though it may seem counterintuitive, we recommend avoiding the hottest and most popular markets when investing (e.g. East Nashville, Germantown, The Nations, 12th South). For one, you’ll be up against tougher competition. Secondly, seasoned investors are already in these markets and are most likely paying top dollar. Thirdly, the hottest markets are probably already tapped out or close to it (tapped out = low inventory).

We want you to be successful in your real estate investments. That is why we have made a list of the top places to invest in Nashville RIGHT NOW! Check them out:

Wedgewood-Houston has long been home to artists, artisans and makers seeking affordable rent on housing and studio space. That creative economy combined with the neighborhood’s proximity to downtown, The Gulch and Belmont University has revived interest in this trendy neighborhood. Core Development, led by VILLAGE’s very own Mark Deutschmann, saw the potential of this area back in 2014 when he purchased seven acres for mixed-use development. Numerous projects (The Finery, Six10Merritt, 1260 Martin) are currently under construction and several coffee shops, bars and restaurants have plans to build in the area. Many Nashvillians are anxious to see what becomes of Greer Stadium, the former home of the Nashville Sounds baseball team. An arts-driven vision for the 25 acres is currently being proposed. The plans could include a large park, affordable housing and an assortment of creative arts and music space.

In April of 2017, Nashville’s Mayor Megan Berry announced that the city would be partnering in expanding a redevelopment district on the East Bank of the Cumberland River (between Jefferson Street and the I-65 bridge across the river from Germantown). A new 120-acre site will lead to more green space and connectivity from East Nashville to the river. The development named “River North” is a mixed-use site that will take over a largely industrial part of town. The project has been in the works for nearly 20 years. Last year, it was announced that Monroe Investment Partners would build a Topgolf on land in the area. River North is an expansion and addition to that project. Developers plan to not only face the river, but incorporate it into their plans with a pedestrian bridge, a marina, and 50 acres to Metro for infrastructure and green space, including land along the river that will allow extension of the greenway.

With the new Nashville Sounds ballpark, The Nashville Farmers’ Market and the attractions of downtown just minutes away, the Buena Vista and Elizabeth Park neighborhoods on the city’s north side are attracting new attention from builders and home buyers. Until now, much of the development north of downtown has been concentrated in the Germantown and Salemtown neighborhoods. Demand for new homes in Nashville’s urban core is outpacing supply in those two neighborhoods, leading developers to Buena Vista and Elizabeth Park on the west side of Rosa Parks Boulevard. Developer Khira Turner said new construction is reinvigorating older neighborhoods and attracting new residents who are accustomed to urban living, especially transplants from the West and North. In Fall of 2018, the area will also become a new hotspot for locals and tourists when the Tennessee State Museum opens its door. The $120 million project is located just north of the Nashville Farmers’ Market.

Bellevue, Nashville’s suburb to the west, is growing at a fast pace. The old Bellevue Center mall is being redeveloped as One Bellevue Place. The mixed-use center, located at the interchange of I-40 and Highway 70, will feature 375,000 square feet of retail, dining and entertainment space, a hotel and senior housing. It will also include a 120,000-square-foot community center with an ice skating center operated in partnership with the Nashville Predators professional hockey team. Crescent Bellevue Place features one-, two- and three-bedroom residences as well as carriage houses designed with the privacy of a single-family house in mind. Bellevue neighborhoods such as Travis Trace are also adding hundreds of homes. With close proximity to I-40, these types of neighborhoods appeal to both downsizers as well as commuters.

Madison may be the answer to challenges that face Nashville’s explosive growth. Madison is only 8.2 miles north at its closest point to downtown. Ellington Parkway serves as a direct connection from downtown Madison to downtown Nashville with exits to Inglewood and East Nashville. The lease and sale prices are unbeatable and a fraction of the cost of everywhere else in and around Nashville. Prime commercial real estate is bountiful as Madison is at the early stage of transformation. Homes in Madison feature sprawling lots with well-built affordable brick homes, comfortable and unique neighborhoods, riverfront homes, farmlands and apartment living. There are also greenways and parks, such as Neely’s Bend and Peeler Park. Once the extension is built to connect the greenways, Peeler Park will offer a cyclist a direct route to downtown. Madison has a legacy and history that is no shadow of Nashville. In fact, the country legends and songwriters who called Madison home include Kitty Wells, Patsy Cline, Hank Snow, Maybelle Carter and the Carter family. Colonel Tom Parker, the manager of Elvis, also lived in Madison. Today, plenty of songwriters and artists call Madison home.

Core Development has invested in another area of Nashville being coined Tech Hill. Alloy, an 82-residence condo community, offers a range of studio flat, one-, and two- bedroom units. Situated on a rise, the community has unparalleled panoramic views of downtown Nashville. Tech Hill is located on former industrial property near the Tennessee State Fairgrounds and Trevecca Nazarene University. The area has easy access to all of Nashville’s major thoroughfares and neighborhoods, such as Wedgewood-Houston and downtown Nashville. In the coming years, several improvements have been slated for the Nolensville Corridor and the surrounding area. In addition, several new bikeways and pathways will be installed along Nashville’s trails and greenways. The proposed Browns Creek Greenway (BCG) concept would connect the downtown greenway system to several of the city’s most popular neighborhoods. Proposed northern sections of BCG begin adjacent to the existing Rolling Mill Hill Greenway, running east to Browns Creek before turning southwest through Chestnut Hill toward Tech Hill and the Tennessee State Fairgrounds.

Donelson is home to predominantly ‘50s era ranch homes, but also some newer home and townhouses. The area offers an easy commute to BNA airport as well as downtown Nashville via I-40, Briley Parkway or Lebanon Pike. The Music City Star commuter train is an exciting feature for residents who work downtown. Several transit-oriented housing developments are currently being proposed, in addition to projects in downtown Donelson. House flippers have ventured into the area and most realtors expect that the area will attract younger buyers who have been priced out of trendy Nashville markets, such as East Nashville.

We hope that this has been helpful information for those of you considering renovating a home, purchasing your first rental property or buying a home that has great potential to appreciate while you live there. Of course, we are always here to answer any real estate questions you have and we’d love to help you find your place in one of these next “it” neighborhoods. Visit us at www.southboundgroup.com!